Eugene “Gene” Joseph Cella, born September 29th, 1948, of New Bern and later lived in Raleigh, North Carolina, passed away on Monday, September 2nd, 2019 at 70 years of age after a long battle with cancer.

Gene is remembered by those who loved him for his quick wit, his sense of dignity and decency, and his affection for his family. He began life in New Jersey before moving to New Bern, North Carolina with his family as a teenager. A graduate of the University of North Carolina and the Stetson University College of Law, Gene remained a dedicated fan of UNC athletics throughout his life. While Gene greatly enjoyed the adventure of travel to many destinations, his favorite place to be was his home at Kure Beach, North Carolina.

After time spent in Florida and Colorado as a young man, Gene returned to North Carolina and built a distinguished career serving the people of this state. Remaining a bachelor until the age of 62, Gene married his wife Joanne Ryan Cella on April 2nd, 2011 in a beautiful ceremony at The Carolina Inn. Gene dedicated many years of his life to the State of North Carolina, ending his distinguished career as an Administrative Law Judge. Upon his retirement in June of 2014, and in recognition of his service to the people of North Carolina, Gene was inducted into The Order of the Long Leaf Pine by then Governor Pat McCrory.

Gene is survived by his wife, Joanne Ryan Cella, as well as his stepson Daniel Ryan and his wife Nickie, and stepdaughter Kerianne and partner Tobias. Gene cherished his bond with his brother Stephen F. Cella and his wife Bridget, and prized his nieces Katheryn Cella Woodruff and husband Kyle, Halley Cella Erickson and husband William, and Alexandra, as well as his four grandnieces. The story of Gene’s life begins and ends with his appreciation and love for his family, and that is how he chose to live it.

A service for family and friends to celebrate and remember Gene’s life will take place at 1:00 pm Saturday, September 7th at Hall-Wynne Funeral Home, 1113 N Main Street, Durham, NC 27701. This will be followed by a reception for friends and family at the home he shared with his wife, Joanne.

Offer Condolence for the family of Eugene “Gene” Joseph Cella 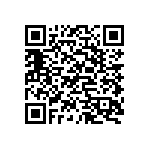