Eugene Allen “Gene” Thorne, age 96, died Monday, January 18, 2010 at Durham Regional Hospital following a brief hospitalization. He died due to complications following a hip fracture on December 18th.
Poppa, as he was affectionately called by his family, was born June 3, 1913 and was raised in Henderson, N.C. Vance County and was the son of Howard and Bessie Norvell Thorne.
He moved to Durham Oak Grove Community in the early 1940’s after leaving Baltimore, Md. where he worked for The Glenn Martin Aircraft Company. His son, “Chuck,” was born in 1943 during his time there. When he moved to Durham he began his long tenure as an Architectural Engineer Inspector. He enjoyed his many relationships with those affiliated with construction. He began his work in Durham with the H. Raymond Weeks Architectural Engineering Firm and was later affiliated with Harris and Pyne Architectural Engineers; Carr, Harrison, Pruden, and DePasquale Architects, and ended his work career with Robert W. Carr, Architects, Inc. He spoke so fondly about many of his “projects.” Some of his most memorable were the Raleigh-Durham Airport, the Durham County Courthouse renovation, the NCCU Library addition, the Chemistry and Science Building at NCCU, Jordan High School renovations, the Carr Dorm of the Duke East Campus, the Duke East Campus Art Museum, the N.C. School of Science and Math, the Maritime Museum at Beaufort, N.C., the Duke Law Building, the Duke Olympic swimming pool, the Carterett County Hospital, the birthing center at Durham Regional Hospital, and the N.C. Museum of Natural Sciences in Raleigh. He was also involved in construction on the UNC and Davidson College campuses in his early career.
Poppa was an avid outdoorsman. He enjoyed gardening at his home and also at his property on Lake Gaston. He truly enjoyed fishing and hunting, especially salt water fishing at the N.C. coast and at his beloved Lake Gaston. He will be remembered for his humor, quick wit and his love of story telling. He loved his family and especially took great pride in his children, grandchildren and great-grandchildren.
He was active with the Boy Scouts of America as a leader, a member of the Oak Grove Ruritan Club; and the Fletcher’s Chapel UMC. He served in the Army National Guard.
He is survived by a daughter, Kathy Thorne Carpenter of Creedmoor, daughter in-law, Margaret Weatherly Thorne of Durham; granddaughters Traci R. Thorne and Katherine A. Carpenter; grandsons, Christopher A. Thorne and Matthew C. Carpenter; daughter in-law, Svetlana K. Thorne; and three great-granddaughters, Adeleen, Anna, and Ava Thorne. He is also survived by a son, Eugene Allen Thorne, Jr. “Todd” of Charlotte. Other survivors are sister in-laws Margaret T. Sawyer Zebulon, Frances T. Crawley Roanoke Rapids, and Ruth S. Tharrington Ontario, Canada; brother in-law Walter Crawley; as well as several favored and special nieces and nephews.
He was predeceased by his wife of 60 years, Mary “Ann” Tharrington Thorne 2000, a son, Howard Phillip “Chuck” Thorne 9/2009; son in-law, Fred P. Carpenter 10/2009, and a grandson, John Christopher Carpenter 1989. He was also predeceased by two brothers, Howard Thorne, Jr. “Chuck’ and Norvell Ladd “Billy” Thorne.
The family wishes to thank Dr. Michael Shipley of Durham Medical Center for his dedicated care of Gene and Ann for many years as well as the staff at Hillcrest Convalescent Center, especially Hall 5/Assisted Living where Gene resided since late July. He also received compassionate care during the last year he lived in his home in Durham from Ms. Robin Jones, Nursing Assistant with Duke Community Care/Home Health Care.
The Funeral Service will be held at Fletcher’s Chapel UMC in Durham on Friday, January 22nd at 11:00 a.m. Friends may visit Thursday evening from 6-8 p.m. at Hall-Wynne Funeral Home in Durham and also at the home of his daughter in-law, Margaret Thorne.
Flowers are acceptable or donations to the Fletcher’s Chapel UMC or Durham Memorial Baptist Church Building Fund are suggested.
Online memorials: www.hallwynne.com select obits.

Offer Condolence for the family of Eugene Allen Gene Thorne 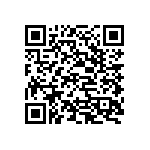