Ethel Dagit Cunningham, 81, born October 2, 1933 in Philadelphia, Pennsylvania to Charles and Janet Dagit passed away on October 14, 2014 in Pittsboro, North Carolina. Survived by Kathy Cunningham of Auckland, New Zealand and parter Rob Nesbit-Savage; Muffie Cunningham of Hudson, New York and partner Todd Woodard; Dr. William G. Cunningham, Jr. of Narberth, Pennsylvania and wife Liz, granddaughter Daisy and grandson Liam. Married to Bill Cunningham who passed away on August 14, 2012; they were married for nearly 55 years. Ethel, previously of Madison, New Jersey, was a respected and prolific watercolor artist who had art exhibits and shows in New Jersey and North Carolina. Ethel graduated from Rosemont College in Rosemont, Pennsylvania with a BA in Fine Art. Ethel will be remembered for many things including founding a group in Madison to raise funds for Covenant House in New York.
A visitation will be held at the Newman Center, 218 Pittsboro St., Chapel Hill, NC on Friday, October 17 at 4:00 pm with the funeral mass following at 5pm.
In lieu of flowers, donations to Covenant House are preferred.
The family is being assisted by Hall-Wynne Funeral Service, Griffin Chapel. Online condolences may be made at www.hallwynne.com .

Offer Condolence for the family of Ethel Dagit Cunningham 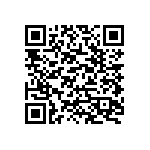