Mrs. Vaughan was native of Durham and the daughter of the late Estelle Era King and William Edgar Hodges. She was a librarian at Bethesda School for 14 years. Mrs. Vaughan worked as librarian of the Coppridge Memorial Medical Library at Watts Hospital for 13 years. A devoted member of Bethesda Baptist Church, she served as a Deaconess and taught in the Sunday School Department for 40 years. She was preceded in death by three husbands, Jack Ellis, Lloyd Hodnett, Onice Vaughan and one brother, Aubrey Hodges.

Offer Condolence for the family of Estelle Hodges Vaughan 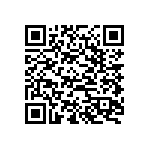