Ernest Spurgeon Booth, Jr. died July 22, 2018 due to complications from Alzheimer’s disease. A Durham native, he was born on October 5, 1932 to the late Vallie and Ernest Booth, Sr.

He graduated from Durham High School in 1951 and UNC Chapel Hill in 1955. He later served in the Army for two years before moving back to Durham and started a career in Real Estate.  He was a proud lifelong member of Watts Street Baptist Church where he served as deacon and on many committees throughout the years.  He was a member of the Durham Association of Realtors serving as VP, President, Director, Mediation Officer and on various committees.  He was named Realtor of the Year in 1993. He was a member in the Kiwanis Club of Durham for 59 years and was on the board of directors for Guaranty State Bank for almost 20 years.  He taught real estate classes through Durham Technical Community college for 10 years. He loved the Durham Sports Club and was a member for many years.

Spurge was a proud Tarheel who attended football and basketball games for over 60 years. He loved gardening, working in his yard and enjoyed annual beach trips with his family and friends.

He is survived by his wife Mary (Brooks) Booth, whom he married in 1955; Four children:  Mary Booth, Ernest (Tripp) Booth, III of Danville, VA, Carol Booth of Charlotte, NC and David Booth (wife Anna) of Cary, NC.  Grandsons:  Brad Booth, Grant Booth, George Booth and Sam Booth.  Also surviving are several nieces and nephews. He was preceded in death by his daughter Mary, two brothers and a sister.

In lieu of flowers, memorials may be made to Watts Street Baptist Church memorial fund.

Offer Condolence for the family of Ernest Spurgeon Booth, Jr. 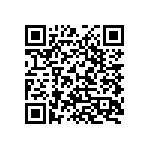