Ermadene Wilson Martin, 96, of Durham, went home to be with her Lord and Savior Jesus Christ August 28 at Carolina House in Cary. Born January 30, 1913, she grew up in Webb City, Missouri, the daughter of Samuel Leon and Clara Reed Wilson. She was preceded in death by her husband Raymond Leith Martin, sisters Veda Wilson McCullough and Loretta Wilson, and brothers, James Francis Wilson and Leon Alphonda Wilson.
Ermadene graduated from Webb City High School and the Joplin School of Law and Commerce before taking a temporary job at the Department of Agriculture in Washington, DC. She then accepted a permanent position at the Department of the Navy, serving as secretary to Under Secretary, James Vincent Forrestal.
She married insurance adjustor Raymond Martin of Unionville, VA on October 28, 1938, moving to Richmond, and then to Durham. She lived in Durham for fifty-five years. They were members of St. Philip’s Episcopal Church and founding members of St. Stephen’s Episcopal Church.
Ermadene worked for years as a medical secretary at Duke Hospital and the Veterans Administration Hospital, where she retired in 1975. During retirement she travelled across the country and to Europe several times on tours and with Elder Hostel. She also hosted and travelled abroad with Friendship Force International. She enjoyed classes at the Duke Institute for Learning in Retirement DILR – now Osher Lifelong Learning Institute OLLI. Ermadene delivered Meals on Wheels, participated in Duke Medical Center’s Host Home program, and was an active member of P.E.O., an educational and philanthropic organization
Surviving are children Raymond L. Martin, Jr. and wife Carol, of Cary, NC; Richard F. Martin and wife Mary Jim, of Key West, FL; and Martha Martin Chandler and husband John, of New Bern, NC. She will be greatly missed by grandchildren Raymond L. Martin III, Sean A. Martin, Sarah Martin Mauney, Cameron Michelle Martin, Kathryn Chandler Pink, and Margaret Chandler Cain, and her three great-grandchildren: Eleanor Jane Martin, Ethan Jacob Cain, and Mable Ember Cain.

The family deeply appreciates those who visited and cared for Ermadene through her illness, especially the staff at Carolina House of Cary and Hospice of Wake County.
Funeral services will be held at 2:00 PM Tuesday from St. Stephen’s Episcopal Church, 82 Kimberly Dr. Durham, with the Rev’d Robert Kaynor officiating. The family will receive friends from 1-2:00 PM Tuesday at church. Burial will follow in Maplewood Cemetery. In lieu of flowers the family memorials be made to St. Stephen’s Episcopal Church or Hospice of Wake County.

Offer Condolence for the family of Ermadene W. Martin 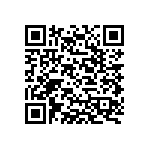