Erika Wolff Guttentag, 102, a beloved mother, grandmother and friend, died Sunday at The Forest at Duke in her adopted home of Durham, NC

Born in Germany, Mrs. Guttentag lived long enough to have traveled by horse-drawn carriage in the one-time province of Pomerania and to have taught computer skills in the Bay Area of California, where she lived for nearly fifty years.

Mrs. Guttentag was born in Danzig, a city once in Germany and now Gdansk, Poland. She and her sister, the late Ursula Wolff, were raised in nearby Stettin by their mother, who ran a small private school in their home.

As a young woman Mrs. Guttentag survived Nazi oppression in wartime Germany, worked for the Red Cross, and after the war married Dr. Otto Guttentag. The medical ethics pioneer had fled Germany in 1933, meeting his wife-to-be when he returned in 1945 as a U.S. citizen and captain in the U.S. Army Medical Corps.

Together they embarked on a new life in the United States, where Dr. Guttentag was on the medical school faculty at the University of California, San Francisco. They raised three children in Piedmont, a town across the San Francisco Bay located near Berkeley.

Mrs. Guttentag adored being a wife and mother, pursuits she executed with energy, commitment and love, never shying from sharing frank opinions and sly humor throughout her life.

She loved the opera and embraced American traditions such as avidly rooting for the San Francisco 49ers. She also infused her American home with traditions from her birthplace, speaking German with her family, placing candles on Christmas trees and baking seven-layer birthday cakes she first tasted as a child at a family friend’s estate in Pomerania.

After her younger son reached high school, Mrs. Guttentag started a second career, teaching German at The College Preparatory School in Oakland for 19 years. Later she volunteered to teach computer skills at a senior center in Berkeley. After moving to Durham in 2001, she tutored her grandchild on the complexities of Latin grammar and making Stollen, the German Christmas sweetbread.

Otto Guttentag died at home in Piedmont in 1992, under Mrs. Guttentag’s care. She is survived by her daughter, Maria Parker and her husband Rod Parker of Durham, NC; her son, Lucas Guttentag, his wife Debbie Smith, of Albany, CA, and their sons Ben Goldenson and Nick Goldenson (and his wife Ye-Hui Lu), of Los Angeles and San Diego respectively; and her son Christoph Guttentag, his wife, Cathy Clabby, and their child Eren Guttentag, of Durham, NC. She is also survived by cousin Helga Rolfsmeyer-Dingemann in Germany and other extended family members.

In lieu of flowers, family members request donations be made to Book Harvest, a Durham nonprofit that puts books in the hands of children across central North Carolina

Offer Condolence for the family of Erika Wolff Guttentag 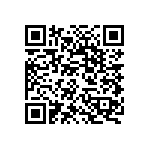