Eric Lee Tilley, Jr., 80, of Cole Mill Rd. died Monday, August 13, 2007. A Durham native, he was born to the late Eric L. and Lillian Andrews Tilley. Following his graduation from Durham High School and the University of North Carolina at Chapel Hill, he served in the U.S. Navy during World War II.

He retired as district manager from The Life and Casualty Insurance Company, and subsequently worked in the real estate development business until his death. He also operated a beef cattle and quarter horse farm in Orange County.

Mr. Tilley was formerly a member of the Durham Board of REALTORS; a member of the Kiwanis Club of Durham; the Elks Club and Croasdaile Country Club. He was an avid golfer and fisherman.

He is survived by his wife, Anita Tilley; his daughter, Daphine Thompson Tilley Hill and husband, Lloyd L. Hill; his granddaughter, Gibson Lee Hill; his sister, Charlotte Sorrell; and several nieces and nephews. In addition to his parents, he also was preceded in death by his sister, Beth Kantner.

Graveside services will be held 11:00 AM Wednesday, August 15, at Maplewood Cemetery, Section 1. Following the service, friends are invited to the Washington Duke Inn for lunch with family.

In lieu of flowers, donations may be made to a charity of one

Offer Condolence for the family of Eric Lee Tilley, Jr. 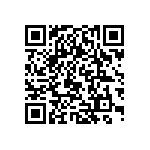