Elmore Howard Hackney, died Saturday, March 5, 2011, after a period of declining health at the age of 95. His death occurred in the Emeritus Senior Living, San Dimas, California where he resided since February 2003. “Honeyboy,” as he was affectionately named during his illustrious football career at Duke University, was born in Durham on September 13, 1915 to Bunn Washington and Addie Metts Hackney. He was the youngest of six children: brothers Bunn, Rufus, Norman and sisters, Lovie and Nell. His three elder brothers each excelled in athletics at the University of North Carolina, so of course, Honeyboy was the “black sheep” and attended Duke University where he too excelled with academic and athletic achievements.

“Honeyboy” attended Durham schools and excelled in athletics at Durham High and was awarded a football scholarship to attend Duke in the fall of 1934. For his football prowess in 1935, he earned the nickname of “Honeyboy.” It was during a dashing punt return for a touchdown against Tennessee, when Duke’s Sports Publicist Ted Mann’s wife Peggy Mann, admired the dash and called the touchdown a “honey of a run” – thus the nickname “Honeyboy.”

A great athlete in every sense of the word, Elmore Hackney was a football and track star during his undergraduate days at Duke in the late 1930s. He was twice 1936, 37 named to the All-Southern Conference football team. In 1937, Hackney was voted Duke’s Most Valuable Player and was also honored as an All-American. He led the Blue Devils to a three-year 1935-37 record of 24-5-1, one of the best three-year marks in Duke Football history. In 1936 and 1938, he lettered on the Blue Devil track team. Hackney was the Carolinas AAU triple jump champion and a member of the 400 meter champion relay team in 1938. Hackney still holds the record for most punt returns in one game with 11 for 136 yards against Colgate in 1936. He had over 80 runs ranging from 12 – 72 yards, nothing short of phenomenal, and was touted as “The greatest running back the South has ever produced.” After his senior football year, he was selected and played in the College Football All Star Game at Soldiers Field, Chicago, and the East-West Game at Kezar Stadium, San Francisco. He declined offers to play for the New York Giants and the Chicago Bears in the NFL. He was inducted into the Duke Sports Hall of Fame in 1981.

While at Duke, “Honeyboy” met and fell in love with the beautiful Nell Puckett of Charlotte, N. C., and they were married March 22, 1940. This was during the time of World War II and it was amazing that such a tremendous athlete was discharged from the US Army due to a disability – “Flat Feet” – after only serving for limited time.

Returning to Durham, “Honeyboy” began his career with the American Tobacco Company and was in supervisory management for 42 years, until retiring in 1982. Together he and his beloved wife Nell raised their family in Durham. Unfortunately at a very early age, Nell died in 1977 after a very short and unexpected illness. Now they will once again celebrate together the lost years with eternal joy, love and happiness.

He was a member and an ordained Deacon of the First Baptist Church of Durham where he and the family attended Sunday school, church and participated in the Wednesday night-supper services. He also was a member of the Exchange Club for many years and served numerous officer positions and as its President. Both “Honeyboy” and Nell were strong supporters of their children in the Durham City School system, being very active in the Parent Teachers Association and were always active and engaged in education.

“Honeyboy” for 50 years, operated the scoreboard at all Duke home football games, without missing a single game. In addition to his full time occupation at the American, he worked for
Duke Concessions until he was 87 and loved every minute and every day. He was known to pop the best popcorn for all the Duke home athletic events and was very proud to share his special mix with the personnel of the Athletic Department. In 2003, the Athletic Department hosted a well deserved 2nd retirement after Honeyboy’s many years of dedicated service and love to Duke.

He is survived by his son Howard and wife Pat who live in Tybee Island, GA/Metamora, MI, daughter Jane Schult with her husband Bob who live in Glendora/Newport Beach, CA, grandchildren Rob and Cristin who also live in California, and several nieces and nephews living in North Carolina. We would be remiss not to mention his loving Bichon Frise, affectionally named “Duke.” Honeyboy lived a celebrated life and he will be long remembered by Howard and Jane for his fabulous smile and his love for his family and friends.

A friends and family visitation and viewing will be at Hall-Wynne Funeral Services on Friday evening March 11th at 5 PM – 7:30 PM and the Celebration of Life Memorial Service at Hall-Wynne Funeral Services on Saturday, March 12th at 11 AM followed by internment at Maplewood Cemetery. The family will host a luncheon after the services. The services will be performed by Rev. Andy Winn of the First Baptist Church of Durham.

In lieu of flowers, a memorial contribution may be made to: In memory of Elmore “Honeyboy” Hackney, Duke Athletics, Box 90542, Durham, North Carolina, 27708.

Offer Condolence for the family of Elmore Howard Hackney 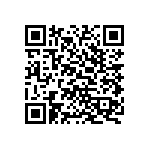