Ellen Smith Capewell, 96, of Tripp Road, Pittsboro, NC , died March 19, 2008 at the home she made with her son and daughter-in-law, John and Ursulla.
Mrs. Capewell was a native of Trenton, NJ, where she was born October 15, 1911 to George Wilson Smith and Edith Fone Smith.

During her life she worked as an office bookkeeper, a retail buyer, and a homemaker. She loved to read and work crossword puzzles. Mrs. Capewell moved to Pittsboro some six years ago from Texas.

It was Mrs. Capewell’s request to be cremated, and no service is currently planned. The family requests that any memorials be directed to UNC Hospice,
PO Box 1075, Pittsboro, NC 27312.

Online condolences may be made to: www.griffinfuneral.com, Select Obituaries. Arrangements are under the care of Griffin Funeral Service and Cremation of Pittsboro.

Offer Condolence for the family of Ellen Smith Capewell 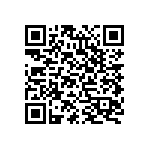