OXFORD:
Elizabeth Brent Mayes Williford, 85, died January 15, 2013 at Maria Parham Hospital. She was a native of Granville Co. and was the daughter of the late John Brent and Mary Royall Hancock Mayes. She was preceded in death by her husband Robert Thomas Williford.
Elizabeth Betty Bwas former co owner of Oxford ACE Hardware, where she created the Bridal and Gift Shoppe. She was a member of the Oxford United Methodist Church, UMW, member of the DAR and was a bookkeeper. Mrs. Williford volunteered for many years with different organizations. She was an avid Bridge player and belonged to several clubs.She and her husband vacationed regularly at their Fripp Island home. Betty B and Buster loved traveling with their local couples group.
Funeral services will be conducted Thursday, January 17, 2013 at 3:00 PM in the Oxford United Methodist Church by Rev. Billy Seate and Rev. Vernon Wilkerson. Burial will be in Elmwood Cemetery.
Surviving are daughters, Elizabeth Dale Williford of Salter Path and Dorothy Brent Williford Wilson of Chapel Hill; sons, Robert Thomas Williford, II Lori and John Crawford WillifordTeresa both of Oxford; seven grandchildren and six great grandchildren. She was preceded by one sister Caroline Breedlove.
The family will receive friends Thursday from 1:30 PM until 3:00 PM in the fellowship hall prior to the services. At other times they will be at the home.
Flowers are accepted or memorials may be made to the Oxford United Methodist Church, P. O. Box 757, Oxford, NC 27565.
The Williford family is under the care of Gentry-Newell & Vaughan Funeral Home. Online memorials at www.hallwynne.com select obituaries.

Offer Condolence for the family of Elizabeth Mayes Williford 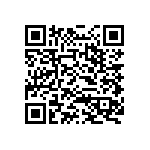