Elizabeth Jean "Betty" Plaisted, of 95 Creekwood in Fearrington Village, Pittsboro, NC died June 18, 2007 at Britthaven of Chapel Hill from complications of Alzheimer’s Disease. She was 84. Elizabeth was born July 12, 1922 in Pittsburgh, PA, a daughter of Norman L. Justus and Minnie Bedorf Justus. She had to go to work right after high school, but, in her 50’s while living in a suburb of Buffalo, NY, went back to school, graduated February 1, 1976 Summa Cum Laude with a degree in Sociology and was inducted into Phi Beta Kappa. Prior to that, when she and her family lived nearby, Elizabeth was instrumental in the development of a park in Baldwin Borough near near Pittsburgh. Following the retirement of her husband Richard, they moved to Pittsboro, NC where she took classes in oil painting at the UNC@Chapel Hill a year after arrival. Her paintings have been in shows in The Horace Williams House, UNC Alumni Building, the North Carolina Botanical Garden, the Art Center, and also The Gathering Place in Fearrington. She participated in the Chatham County Open Studio tour for two years. Elizabeth’s paintings are in private collections all across the country.
Interment of her cremated remains, with family and close friends present, will be at 10:00am, Saturday, July 7, 2007 in the cemetery of St. Bartholomew’s Episcopal Church in Pittsboro. The memorial service to celebrate Elizabeth’s life will be held at 2:00 pm, Saturday, July 7, 2007 at University Presbyterian Church, Chapel Hill, with the Reverend Mindy Adams officiating. On Saturday evening, July 7, friends are invited to an open house reception from 7:00 – 9:00 pm to show Elizabeth’s paintings, and also to share remembrances of her. The residence is located at 95 Creekwood, Fearrington Village development, Pittsboro.
Surviving are her husband, Richard G. Plaisted of Pittsboro; her son and daughter-in-law, David A. and Ann Plaisted of Chapel Hill; two grandchildren, Michael Plaisted, and Daniel Plaisted and his wife, Mirleane; and a sister, Grace Cwik of Hillsboro, Oregon. Elizabeth was preceded in death by her parents; her daughter, Linda; brother, Robert Justus; and sisters, Norma Justus and Evelyn Hunker.
Services are under the care of Griffin Funeral Service and Cremation, Pittsboro, NC.

Offer Condolence for the family of Elizabeth Jean Plaisted 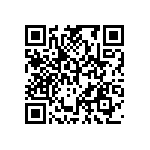