Elizabeth Betty Jane Herr McKelvey died Friday, December 2, 2011 at her home in Chapel Hill with her daughters at her side. Betty was born on September 14, 1925 in Hazleton, Pennsylvania to Dr. William Albert Herr and Edna Warner Herr.

Mrs. McKelvey graduated from Hazleton High School in 1943 and Susquehanna University in 1946 B.S., Business Education. As a new college graduate, she organized the Business Department at Beaver Vocational High School in Beavertown, PA. She left Beavertown in 1949 and married James A. McKelvey that year. She taught at Weatherly Area High School from 1959 – 1986, and was adviser for the Future Business Leaders of America FBLA. In 1979, she was named outstanding adviser by the Pennsylvania State FBLA Chapter.

She is survived by her two daughters and sons-in-law, Elizabeth Beth and Joseph Van Dyne and Patricia and J. Robert Dieter, all of Durham, and by her grandchildren Jacob and Molly Van Dyne and Maria and Bridget Dieter. She was preceded in death by her parents, her husband James, her sister Dorothy Wise, and her brothers Alvin, William and Robert Herr.

The family gratefully acknowledges Always Best Care of Chapel Hill, Eucharistic Ministers of Holy Infant Catholic Church, and Cranebridge Place neighbors for the supportive network of care they provided to Betty in her final months.

Flowers are acceptable or memorial contributions in Betty’s name may be made to the American Lung Association National Headquarters, 1301 Pennsylvania Ave., NW, Suite 800. Washington, DC 20004.

Offer Condolence for the family of Elizabeth Jane Herr McKelvey 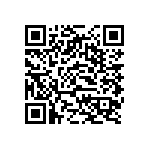