Betty was a loving mother and friend to anyone that she had the opportunity to come in contact with. Betty was a member of First Congregational Church of Hudson, OH for many years where she enjoyed volunteering for the soup kitchen and helping the homeless. She was an avid reader, enjoyed gardening, and kept a very close eye on her investments. Betty also belonged to three Bridge groups at Croasdaile and was better known as a republican.

A memorial service will be offered 11:00am Saturday, December 17, 2011 from The FEW Chapel at Croasdaile Village, 2600 Croasdaile Farm Parkway, Durham, NC 27705. Burial will follow in Ohio at a later date.

In lieu of flowers, memorial contributions in Betty’s name may be made to the ALS Association in honor of Betty’s daughter-in-law, Ann Jaeger. http://web.alsa.org/goto/anns-army or The ALS Association Jim “Catfish” Hunter Chapter, 120 Penmarc Drive, Suite 101, Raleigh, NC 27603, note: Ann’s Army

Offer Condolence for the family of Elizabeth Jane Betty Williams 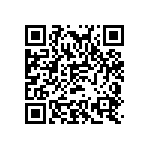