Elizabeth Cantey Rettig, 63, died October 12, 2009 at home in Chapel Hill surrounded by her immediate family. Born on April 7, 1946, she was the daughter of the late Morgan Sabb Cantey and Elizabeth Ann Acree Cantey. For 47 years Beth was a beloved foster child of Hugh Ellsworth Steele and Carolyn Skinner Steele.

Beth was a graduate of West Point High School in West Point, Georgia, the University of Georgia and California State University. She raised her family in San Marino, California where she owned Stepping Stones to Learning, an educational center, serving the needs of 500 families. After moving to Chapel Hill with her husband in 1997 she began working in 2001 as a real estate broker with Fonville Morisey and in her third year was rated the 19th highest performing realtor in the Triangle area.

All of her accomplishments were completely overshadowed by the kind of person she was. She was described by family and friends as a very special, amazing woman with a great zest for life and sense of humor, with an incredible and irreplaceable spirit whose life radiated an abundance of God’s gifts. She was relationally brilliant, extremely articulate and able to deal with difficult issues in a way that drew the best out of both friends and clients. She constantly deflected the conversation away from herself and focused completely and with total engagement on the concerns of others. Most of all she loved her Lord and wanted her life to reflect Christ’s love for others. She greatly encouraged others in their faith.

Beth fought a valiant battle for almost two years against the Ovarian cancer that ravaged her body traveling to Florida, California, Germany and Canada in her struggle against this unrelenting disease. On this painful journey she demonstrated great courage and discipline and never complained but trusted her life to God who had numbered her days.

Beth was orphaned at age sixteen when her natural parents were killed in a plane crash. Thus when she visited South Africa in August of 2007 and saw the great needs of children whose parents had died of AIDS, a vision for starting a school for these orphans blossomed in her heart and is now in the process of becoming a reality. In January, 2010 the first two classes for a total of twenty kindergartners and first graders will open at Mukhanyo Christian Academy north of Pretoria in South Africa.

Memorial Services will be held at 11:00 AM on Saturday, October 24, 2009 at the Church of the Good Shepherd, 3741 Garrett Rd., Durham. Interment will occur later Saturday afternoon. Rev. David Bowen will officiate.

In lieu of flowers, contributions may be made to Friends of Mukhanyo for Mukhanyo Christian Academy and sent to Jennifer Stenner, c/o Fonville Morisey, 1520 E. Franklin Street, Chapel Hill, NC 27514.

Offer Condolence for the family of Elizabeth Cantey Rettig 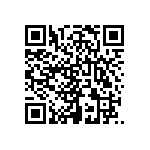