Anne graduated John Graham High School in Warrenton, N.C. and then continued her education and graduated from Duke University in 1958. Anne was a member of Alpha Delta Pi sorority and sang in the Duke Chapel choir. She began her career as a teacher in Maryland public schools, but later decided to return home to NC to be a principal at Henderson Business College. Anne moved to Raleigh, NC and was employed by N. C. State University as an Administrative Assistant in the Engineering School Department. Anne completed her career as a Software Documentation Specialist for Triangle University Computing Center, Data General, and EMC Corporation. Anne really enjoyed community theatre and began acting in The Raleigh Little Theatre. She portrayed many characters on the theatre stage from 1960 to 1971. Her favorite roles were the Conjure Woman in “Dark of the Moon” and the missionary’s wife in “Miss Sadie Thompson”. Anne married Harrell D. Tice September 16, 1972.

Anne was active in the Trinity United Methodist Church participating in the choir, teaching Sunday school, and participating on a number of committees. She was a member of Circle Ten United Methodist women’s group and a member of Preservation Durham as well as a board member of Historic Stagville. In retirement Anne enjoyed traveling in the US and in Europe with her loving husband Harrell.

The Tice-League family is under the care of Hall-Wynne Funeral Service. Online obituaries; www.hallwynne.com: Select obituaries.

Offer Condolence for the family of Elizabeth Anne League Tice 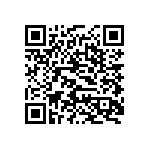