Elizabeth Anne Battle, 37, died at home unexpectedly. A Durham resident since 2011, she was born July 28, 1981 in Evanston, IL and was raised in Deerfield. Liz graduated from Deerfield High School and after receiving an Associate’s Degree from the College of Lake County, she worked for several years in banking.

Liz was proud of her heritage – Irish on her father’s side and Cuban on her mother’s. She was a woman of strong character and integrity, and a loyal friend and family member. Liz was very much her own person – a free spirit and independent. Maintaining her spiritual condition was a priority, and most recently Liz was at a happy and productive stage in her life – deeply in love with her fiancée, John Schwinn and looking forward to a new chapter.

Elizabeth is survived by her parents, Kevin and Celia Casas Battle in Durham; her brother Michael in New York City, and her fiancée in Chicago, John Schwinn. Liz also leaves her grandmother, Rosa Casas; her aunts and uncles, Cristina (Dean) Monco, Ray (Ali) Casas, Margarita (Robert) Bartels, Betty (Hugh) Hogan, Frank (Priscilla Ryan) Battle, Janis Battle and Patty (Wendell) Burt; and many cousins to whom she was very close. She was predeceased by her brother Jack Battle in 2009, and her grandfather, Ramon Casas, M.D. and grandparents, Dorothy & Frank Battle.

A Mass of Christian burial, celebrated by her cousin, Nicholas Monco, OP, will be offered 1:30 PM Saturday from St. Norbert Catholic Church, Northbrook, IL. Interment will follow in Calvary Cemetery, Evanston. Gifts in Liz’s memory may be made to St Jude Children’s Hospital. A memorial reception to be announced will be held in Durham after Christmas holidays. Arrangements are under the care of Hall-Wynne Funeral Service and Donnellan Family Funeral Service.

Offer Condolence for the family of Elizabeth Anne Battle 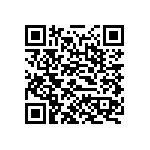