Eldridge Douglas “Brue” Dickerson, 94, of Oxford passed away Tuesday December 29, 2015. Mr. Dickerson was given the name Brue by his older brother when he was just a young boy. He was born May 10, 1921 in the Dickerson Community where he farmed on the family farm his entire life in addition to several years of employment at the Murdock Center in Butner. Brue served in the Army Air Corp and was a member of Bethel United Methodist Church. Mr. Dickerson was a loving son, father, husband, brother, step father, and uncle. Brue was respected by all that knew him. He was predeceased by his parents Fletcher and Ethel Dickerson, wife Nellie Daniel Parrott Dickerson and brothers Lawrence and Jack Dickerson.
Surviving is his son, Eldridge “Garry” Dickerson; step daughter, Nancy Parrott Dean and husband Rick; sister Carolyn Howard; grandchildren: Kristi Lynne Walsh, Richard Dean, Jr, great grandchildren; Tyler Dean Walsh, Haley Rae Jones and several nieces and nephews.
Funeral services will be conducted at 2:00 P.M. Saturday, January 2, 2015 at Gentry-Newell & Vaughan Home. Visitation will be from 1:00 – 2:00 P.M. at the funeral home.
Memorials may be made to Bethel United Methodist Church.
Gentry-Newell & Vaughan Funeral Home is assisting the Dickerson Family. On line condolences may be
made at www.hallwynne.com.

Offer Condolence for the family of Eldridge Douglas “Brue” Dickerson 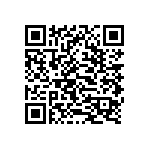