The second of three boys, Ed as he was fondly known, attended Loomis School in Windsor Connecticut as a day student. Ed had a very strong work ethic and entrepreneurial spirit. He earned funds to pay for his education during the Great Depression by working various jobs including house painting, operation of equipment in the family construction business, repairing cars, etc. His earnings enabled him to attend Rensselaer Polytechnic Institute, Troy, New York, where he graduated in 1939 with a Bachelor of Mechanical Engineering degree. While at Rensselaer, Ed achieved membership in the Sigma Xi Scientific Research Society. He also served a term as president of Pi Kappa Phi, his fraternity.
Following his graduation, Ed joined Pratt & Whitney Aircraft Engine Company, East Hartford, Connecticut. After completion of a highly selective executive training program, he was transferred to Kansas City, Missouri as a member of a special team charged with the task of starting up a new engine factory. This automobile factory was refitted for manufacture of the Pratt & Whitney R-2800 Double Wasp, a high performance aircraft engine designed for the carrier based Corsair fighter, a weapon crucial in the war against Japan. He met his future wife, Irene Hill, at Pratt & Whitney where she was employed as an Executive Secretary. Ed and Irene were married 1943 in Kansas City. Ed is succeeded by his children; Myra who was born in Kansas City, Missouri, Ed Jr., who was born in Meriden, Connecticut, and Robert Bob who was born in Los Angeles, California. Ed completed The Executive Program in Business Management at the University of California, Los Angeles in 1960.
Ed devoted his career to the service of our country through his leadership in management at various companies engaged in the manufacture of equipment for defense of the United States of America. He retired from Ingalls Shipbuilding Division, Litton Industries, Pascagoula, Mississippi, in 1986 where he held the position of Director Quality Assurance – Supplier Control. His career with Litton Industries spanned twenty four years, producing military aircraft guidance & control systems, and the building of naval war ships. In addition to his regular jobs, Ed and Irene engaged themselves in personal business ventures including the manufacture of food processing equipment, laundromats, dry cleaning services, trucking, and their favorite, multi and single family rental dwellings on the Mississippi Gulf Coast, which he and Irene owned and managed until Irene passed away in early 2002. In late 2002, Ed relocated from Gulfport, Mississippi to Durham, North Carolina where he lived independently in his new home.
He leaves his children, Myra Clark Lyle husband Dan, Ed Jr. wife Linda, Bob wife Kathryn, grandchildren Dan Lyle wife Peggy, Geoff Lyle wife Angel, Cathy Clark, Tiphanie Clark, Marilyn Clark, Emily Clark, and four great-grandchildren, Nolan Lyle, Sydney Lyle, Evan Smith, and Skadi Lyle. While living in North Carolina, Ed befriended Jean Davis. Jean is a compassionate friend of Ed and his family.
A memorial gathering of family and friends will be held Saturday, August 13, from 10:00 AM-12:00 PM at Hall-Wynne Funeral Home, 1113 West Main Street, Durham, North Carolina. In lieu of flowers, donations may be made in Ed’s name to the Boy Scouts of America, where Ed advanced to the rank of Star Scout.
Arrangements by Hall-Wynne Funeral Service.

Offer Condolence for the family of Edwin Ford Clark 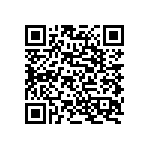