Ed is survived by his wife Betty ZurSchmiede Back, with whom he celebrated their sixtieth wedding anniversary last Fall, and his daughters Mary Susan Back and Carolyn Elizabeth Back; his two grandsons William Hunter Durst and David Cameron Durst, whom he treasured and who treasured him; as well as nieces and nephews and their families living in many parts of the county. He was preceded in death by his parents, his son Edward William Back III(Ned), and his granddaughter, Mary Katherine Durst.

In 1963 he began his career with Central Carolina Bank and Trust Company (now part of Suntrust Bank) which spanned over twenty-five years. His vision and realization of the expansion of the bank resulted in its growth throughout a large portion of North Carolina. Ed was the Executive Vice President, Chief Administrative and Chief Operation Officer, and member of the Board of Directors of Central Carolina Bank.

He was one of two founding members of Goodwill Industries here in Durham and remained as a guide and mentor for a number of years as the organization grew. After retirement Ed was active with the Triangle Community Foundation, Habitat for Humanity and various consulting projects.

Ed and Betty enjoyed traveling here and abroad, as well as their home away from home in Pine Knoll Shores, especially when all of the family gathered there. Running on the beach, tennis, tending to his yard and golfing were dearly loved activities over the years.

He was a member of the Durham Rotary Club, Hope Valley Country Club, and St. Stephen’s Episcopal Church. The family wishes to thank the nursing staff of the Forest at Duke for their devoted care these last number of years.

There will be a Memorial Service for Ed at St. Stephen’s Episcopal Church, 82 Kimberly Drive, Durham, on Thursday, February 8th at 10:30 am. The Reverend Robert Kaynor, Rector, Celebrant. A reception will follow at the Parish Hall after the service. In lieu of flowers, please consider a contribution in his memory to Goodwill Industries of Eastern North Carolina, 4808 Chin Page Road, Durham NC 27703.

Offer Condolence for the family of Edward William Back, Jr. 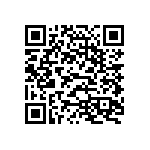