Growing up in Durham, music played a large role in Ed’s life. He sang in a children’s choir through the 6th grade and joined the Durham High School Choir, which won recognition as one of the nation’s best choirs. Ed enjoyed playing the saxophone in the Durham High Band. As an adult he sang in the choir of First Baptist Church.
A lifetime member of First Baptist, Ed served as a Sunday school teacher, Superintendent of the Young People’s Dept., secretary for the nursery – 6th grade, as chairman of the Board of Deacons and on the finance committee.
Upon graduating from Durham High, Ed attended Duke University, where he met Sara Hopkins, whom he married June 9, 1943. He faithfully served his country in the Army during WW II as a Court Marshall Clerk. Prior to retirement, Ed owned and operated Woodlawn Memorial Park in Durham.
As a member of the Durham Civitan Club for over 50 years, Ed was elected Secretary, Vice President and President of the Durham 70 and club and Lieutenant Governor for NC club district 4. Other duties included the chairmanship of the Scholarship Committee and Chaplain. As a Civitan he received many awards, including an award for Distinguished and Unselfish Service, and Distinguished President Honor Club award by Civitan Int’l. In 2009 Ed was honored with a lifetime membership.
Ed was also an active Band Parent. Even after his children were grown, he chaperoned the safety patrols on their trips to Washington, DC.
Funeral services will be 1:30 PM Tuesday from First Baptist Church with entombment following in Woodlawn Memorial Park. Friends will be received in the church one hour prior to services. Durham Civitan Club members will gather as honorary pallbearers. Donations in Ed’s memory may be made to: The Salvation Army, http://www.salvationarmycarolinas.org/durham/. Arrangements are with Hall-Wynne Funeral Service. On-line memorials: hallwynne.com

Offer Condolence for the family of Edward Traywick Newton Jr. 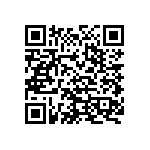