Chapel Hill – Edward “Ed” Thomas Kearns of Chapel Hill, North Carolina died Saturday, January 7, 2012 at home. He was born January 14, 1923 in Gary, West Virginia. Ed was the son of the late William Paul and Helen Clark Kearns. After graduating from National Business College in Roanoke, Virginia, he served as an Army Staff Sergeant in Italy during World War II.

A Mass of Christian burial will be celebrated on Wednesday, January 11, 2012 at 2 pm at St. Thomas More Catholic Church. Friends may join the family for a reception immediately following. A private internment will be held at a later date.

The Kearns family is under the care of Hall-Wynne Funeral Service, Durham.

Offer Condolence for the family of Edward Thomas Kearns 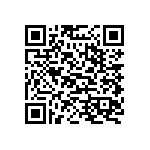