Edward Stephen Levy passed away May 10, 2014 at Duke Medical Center after a short illness. He was born May 25, 1948 to Emma and Theodore Levy in Rocky Mount, NC. He graduated from the University of North Carolina at Chapel Hill. Ed worked in the family retail business before deciding to become an independent sales representative for men’s clothing. He traveled the Southeast and won the respect and trust of his customers and others within the industry. Ed represented many lines over his career, including lines from Italy and Canada. He recently had reduced his representation to only one line – Ballin International – for which he enjoyed representing for over twenty years. Ed was also an avid photographer who enjoyed learning all he could about the art.

Ed is survived by his wife Debbie, his beloved standard poodle Izzie, his brother Raymond and wife Sandy, twin sister Linda Harley, nephew Jake Levy and nieces Anna Rabon and Tevya Harley. He was preceded in death by his parents and brother-in-law Dr. Crit Harley.

A casual gathering to celebrate Ed’s life will be held on Sunday, May 18 between the hours of 2:00 – 5:00 p.m. at 5114 Masters Lane, Wilson NC. In lieu of flowers, Ed requested that donations be made to Temple Beth El, 838 Sunset Avenue, Rocky Mount, NC 27801. Arrangements are entrusted to Hall-Wynne Funeral Service, Durham. Online condolences at www.hallwynne.com.

Offer Condolence for the family of Edward Stephen Levy 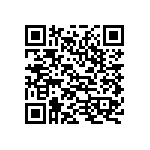