OXFORD:
Edward Sholar Powell, Sr. age 90, passed away on Thursday, January 16, 2014 at his home. A native of Granville County, he was the son of the late James Brewer Powell, Sr. and Ruth Parham Powell and was the widow of Kathlyn “Katie” Adcock Powell.
Sholar earned a BS in Pharmacy and a MS degree in Science and Pharmacutical Chemistry in 1948. He was owner of Herring and Williams Drug Store, retired from Eckerd’s after 17 years and continued to work until he was 86 years old. He was a member of Oxford Fire Department, where he served as Volunteer Company Foreman for 4 years. A member of St. Stephen’s Episcopal Church, he served as Jr. Warden, Sr. Warden, Superintendent of Sunday School and also taught Sunday School. He was also a member of the Oxford JayCees. Sholar was a member of Oxford Masonic Lodge 122 A.F. and A.M. for over 50 years, and he was past master in 1970 and District Deputy Grand Master for 3 years. He also was a former member of the Granville County Board of Health. He was also a Navy veteran of World War II.
Funeral services will be conducted at St. Stephen’s Episcopal Church on Sunday, January 19, 2014 at 2:00 by Reverend James Pahl, Jr. Burial will follow at Elmwood Cemetery with full Masonic Rites. The family will receive friends from 12:30 until 2:00 P.M. in the fellowship hall of the church prior to the service.
Surviving is a daughter, Ruth Powell Hicks of Oxford; a son E. Sholar Powell, Jr. of Wilmington; brothers, Jimmy Powell of Oxford, Robert Powell of Raleigh and Bill Powell of Raleigh; and a sister, Mittie Bell Wilkins of Oxford. He is survived by grandchildren Mary Elizabeth Hicks, Martin Hicks, Nicole Cooper, Chad Cooper; one great grandchild Logan Cooper.
In lieu of flowers memorials may be made to the Masonic Home for Children, 600 College Street, Oxford, NC 27565.
The family is under the care of Gentry-Newell & Vaughan Funeral Home in Oxford. For online condolences, go to www.hallwynne.com and select obituaries.

Offer Condolence for the family of Edward Sholar Powell, Sr. 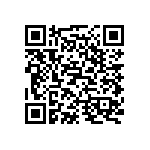