Ed began his career as a Chemical Engineer at Pennsalt Chemicals Corp. in Pennsylvania, where he received a patent for his invention of a novel process for preparation of chlorodifluoroamine. He then moved to Durham, NC to work for Ametek as a Field Engineer involved in environmental emissions and finished his career at Durham County General Hospital. Ed was an active member of his church, Immaculate Conception, as a choir member and member of the Legion of Mary. Ed will fondly be remembered for his woodworking craftsmanship of early American furniture and his love of boats, fishing, and the sea.

Edward is survived by his daughters, Mary Susan Eitelman and husband, Dan Valot of Efland; Margaret A. Hobgood of Wilmington; his son, Gregory S. Eitelman of Durham and six grandchildren and four great grandchildren.

A Mass of Christian burial will be offered at 10:00 AM Friday, November 2, 2012 from Immaculate Conception Catholic Church with Fr. William McIntyre, OFM, presiding. Interment will be later in the day at 4:00 p.m. at St. Matthew Cemetery on Mason Road in north Durham.

Friends may visit 30 minutes prior to Mass at 9:30 am in the church.

In lieu of flowers contributions may be made to Duke Homecare & Hospice 4321 Medical Park Drive, Durham, NC 27704.

Offer Condolence for the family of Edward Sears Eitelman 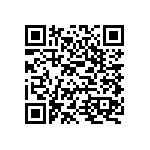