DURHAM-Edward Lim Kwon, age 73, died peacefully in his Durham home on Sunday, June 21, 2015.  He was born in San Diego, CA to the late Kwon Dong Fay and Bertha Cameron.

Edward was an active and long-time member of First Presbyterian Church where he served as an active elder and member of the Service and Mission Committee.  He was a tireless advocate for the poor in Durham County, and participated in local government, in Durham CAN, in the local NAACP, and in the Moral Monday Movement to promote the common good.

Funeral services will be held 10:00 a.m. Saturday, June 27, 2015 at First Presbyterian Church with the Rev. Marilyn T. Hedgpeth presiding.  A reception will be held immediately after the service in the church followed by burial at Oak Grove Memorial Gardens.

Arrangements for the Kwon family are under the care of Hall-Wynne Funeral Service in Durham.  On-line memorials:   www.hallwynne.com.

Offer Condolence for the family of Edward Lim Kwon 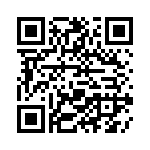