Eddie was born in Wake County on October 16, 1957, the son of Billy Goodman Clark and Shirley Babb Clark. He was a loving father, son, brother, brother-in-law and employer. Eddie was the owner of Clark Construction, Inc. and was a “second dad” to his employees. He taught carpentry to several young men over the years. Eddie was a talented musician that enjoyed playing the drums. He loved to cook, and was known for his chicken wings and collard greens. He attended Pleasant Hill United Methodist Church.

The funeral service will be held at 3:00 pm Wednesday, March 23, 2011 at Pleasant Hill United Methodist Church with Rev. Ray Gooch presiding. Interment will follow in the church cemetery. Friends may visit with the family from 6 – 8 pm Tuesday at Hall-Wynne Funeral Home in Pittsboro, and at other times at the home of his father, Billy Clark.

Offer Condolence for the family of Edward Glenn Clark 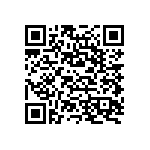