Edward’s professional career spanned forty years of service in the field of Education, beginning at St. Augustine’s University as Assistant Instructor in the Music Department. Three years later, he accepted a teaching position (Social Studies) at Bladen Central High School, Elizabethtown, North Carolina, and also served as Choral Director. After a few years, he relocated to Trenton, New Jersey, and taught at Grice Middle School, E.S. Willey Elementary School, and Greenwood Elementary School in Hamilton Township. Edward studied at Trenton State College and received his Master’s Degree in Education in 1977 along with certification in Administration. It was there that he met his wife, Geraldine Steffen. In 1977, he was initiated into Kappa Delta Pi, an Honor Society in Education, and was a member of the Greater Trenton Alumni Chapter. During the summers, he served as Supervisor of the Neighborhood Youth Corps in Mercer County, NJ, and Assistant Camp Director in the Recreation Department in Philadelphia, PA.

Edward returned to North Carolina in 1978 with his wife, resided in Durham, NC and was appointed Assistant Principal at Jordan Senior High School. Other schools in the Durham Public School System where he served as Assistant Principal were Eno Valley Elementary School and Riverside High School. He became the last principal at Bragtown Sixth Grade Center before closing its doors in 1991. He helped open Riverside High School in August, 1991 where he ended his career, retiring in 1997. His professional affiliations were the National Association of Secondary School Principals, N.C. Association of Secondary Administrators, N.C. Principals/Assistant Principals Association, Association for Supervision and Curriculum Development, International Reading Association, N.C. League of Middle Level Schools, and National Association of Elementary School Principals. After retiring, Edward spent most of his time fulfilling his role as Patriarch of the Family which was an enormous task for him with many family matters to be addressed at that time. He accepted a few speaking engagements and enjoyed short trips and, most of all, family gatherings.

At an early age he embraced the tenets of Christianity under the guidance of his parents and at St. George Methodist Church in Maxton, where he was in regular attendance and actively involved in organizations, namely the youth church choir, singing solos and speaking. When he and his wife, Geraldine, moved to Durham they joined St. Titus Episcopal Church, eventually becoming members of St. Philip’s Episcopal Church.

Edward will be remembered for his dignified demeanor, integrity, interest in politics, his rich tenor voice, a jazz lover, love for his students and all young people. He became “Uncle Eddie” to many who met him. His personality displayed a proud countenance, yet not superficial. This characterization has earned him a special place in the hearts of those that met and knew him, and in the annals of the Durham Public School System.

Offer Condolence for the family of Edward Foster Rayford, Jr. 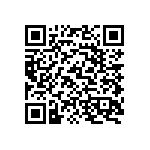