DURHAM, NC -Edward Attarian, M.D., F.A.C.P., age, 85 died Friday, March 21, 2014. He was born January 11, 1929, in Troy, New York. He grew up in Albany, New York, attending Albany High School where he became senior class president, and also achieved All City honors in Varsity Football, Basketball, and Track. He contracted pulmonary tuberculosis at age 18; six months in a sanitarium lead to his interest in a medical career. Upon recovery, he attended St. Lawrence University on an academic scholarship. After just three years of college, he was accepted at Albany Medical College graduating with his M.D. in 1955. He then completed his internal medicine training at the Henry Ford Hospital in Detroit, as well as the Albany Medical Center and the Albany VA Hospitals. From 1957- 1959, he was on active duty with the US Army Medical Corps in Germany; he was awarded the Certificate of Achievement. He completed his specialty training with a fellowship in Gastroenterology at the Henry Ford Hospital in 1962. From 1962-63, he was a full time Attending at the Albany VA Hospital. Then, from 1963 to 1976, he was in the private practice of Medicine & Gastroenterology, and served as Associate Clinical Professor of Medicine at the Albany Medical College. In 1972, he also became the Chief of Medicine, Chief of Gastroenterology, and Director of the Affiliated Teaching Program at St. Peter’s Hospital in Albany. From 1976 through 1992, he developed his private practice In Vero Beach, Florida. From 1992 through 2004, he was the Chairman of the Department of Executive and International Health at the Cleveland Clinic Florida in Ft. Lauderdale. Upon his retirement, the Huizenga Family Foundation honored him by creating the Attarian-Huizenga Executive Health Clinic in Weston Florida. He then relocated to Durham, N.C. to be closer to family. He was board certified in Internal Medicine and Gastroenterology. He was a fellow or member of numerous professional societies, including the American College of Physicians, the American Gastroenterological Association, the American Society of Gastrointestinal Endoscopy, the American College of Gastroenterology, the American Medical Association, and the American Society of Internal Medicine. He was completely dedicated to his family, friends, and patients. His greatest professional joys came from teaching residents in internal medicine in Albany, and then caring for his many wonderful patients in Albany, Vero Beach, and Ft. Lauderdale. He always said he was blessed to have the best patients in the world, and he always felt privileged to be able to help others. He is survived by his beloved wife of 60 years, Mary Lou; and also, by his two sons, David and wife Claudia, and Mark and wife Sherrill. He has three cherished grandchildren, Caitlin, Matthew, and Allison. In lieu of flowers, please donate in Edward’s memory to the Cleveland Clinic Florida, Albany Medical College, or St. Lawrence University. Edward’s immediate family will hold a private memorial service to celebrate his life.The Attarian family is under the care of Hall-Wynne Funeral Service, Durham. On-line memorials: www.hallwynne.com. Select obituaries.

Offer Condolence for the family of Edward Attarian 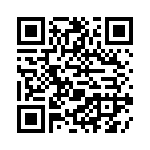