Edsel enjoyed music throughout his entire life and was an accomplished musician and extraordinary fiddler. He was a young 13 year old when he played the fiddle at his first square dance.

Edsel is survived by his two sisters, Katherine Terry Mangum of Bahama, NC; Elizabeth Terry Henderson of Mt. Pleasant, SC; his double first cousin, Mary Ruth Terry Mebane of Hillsborough; and numerous nieces and nephews. He was preceded in death by his wife, Ramie B. Terry; and his son, Stephen B. Terry.

Friends may visit Friday evening from 6:00-8:00 PM at Hall-Wynne Funeral Service in Durham.

The family wishes to extend their heartfelt thanks to Amy Kramer, R.N., and the entire hospice staff for the wonderful care given to Edsel during the past few months.

Offer Condolence for the family of Edsel Bowling Terry 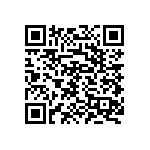