Mrs. Edna Lillian Wetzel Gessner, 93, went to be with her Lord and Saviour on February 6, 2010 from her home on Woolly Worm Dr. in Pittsboro.

A native of Montgomery, PA, Mrs. Gessner was born to Joseph Albert Adam Wetzel and Anna Balsam Wetzel on February 8, 1916.

Mrs. Gessner retired from Whitner’s Dept. Store in Reading, PA where she was a clerk in the Silver department. She was a member of the Siler City Gospel Hall.

Mrs. Gessner is survived by her son and daughter-in-law, Tim and Jo Dickens Gessner of Pittsboro; a sister, Dorothy W. Strouss of Livonia, MI; grandchildren, Matt Gessner and wife Rebekah, and Becky Hill and husband Nathan; and four great-grandchildren, Katherine and Madeline Gessner, Madison and Reagan Hill. She was preceded in death by her husband, Raymond Elwood Gessner and a great-granddaughter, Jennifer Gessner.

The service to celebrate Mrs. Gessner’s life will be conducted by Pastor Charles Carter and Pastor Ron Randolph at 2:00 pm Wednesday, February 10, 2010 at Hall-Wynne Funeral Home, Griffin Chapel, in Pittsboro. Interment will follow in Chatham Memorial Park in Siler City. Friends may visit with the family from 6 – 8 pm Tuesday at the funeral home.

Online condolences may be posted at www.hallwynne.com, Select “Obituaries”.

Arrangements are under the care of Hall-Wynne Funeral Service, Griffin Chapel, of Pittsboro.

Offer Condolence for the family of Edna Wetzel Gessner 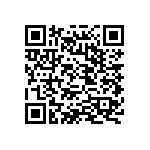