DURHAM: Edna Thacker Barbee, 94, died January 22 in Duke Hospital. A Durham native, she was the daughter of the late Adrian and Oza Hight Thacker. Mrs. Barbee was predeceased by her husband, Wade Barbee and a daughter, Valinda Willett. Surviving are her daughter, LaVerne Parrish and sons, Richard and David Barbee, all of Durham; seven grandchildren and six great grandchildren. A private funeral was held January 25 in the chapel of Hall-Wynne Funeral Service with burial in Maplewood Cemetery. The family offers their special thanks to Dr. Eugene Linfors, his nurse, Alicia, and the staff of Hillcrest Convalescent Center, especially Daniel.

Offer Condolence for the family of Edna Thacker Barbee 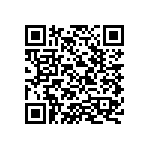