Mrs. Edna Olivia Hall Christmas, 92, wife of the late Daniel Webster Christmas, passed away peacefully with her family by her side on February 3rd, 2011. She was born September 29, 1918 in Ettrick, Virginia to the late Thomas Stephen and Olivia McLaughlin Hall. She had 3 brothers, the late Victor Carlyle Hall, the late Thurlow Hall, and Waldo Preston Hall of St Pete Beach, FL, as well as one sister Olga Hall Dean of Durham.

She attended Durham High School, and worked for several department stores in Durham including Lerners, Baldwins, Ellis Stone, and Thalhimer’s, were she was manager at the Lakewood Shopping Center store until her retirement. She was active in the Duke Memorial United Methodist Church, teaching Sunday School, singing in the choir, and active with the children and youth. She was an Eastern Star. She enjoyed gardening, ceramics, and her spending time with her family.

Services will be held at Duke Memorial United Methodist Church in Durham on Saturday February 5th at 2pm, with visitation at 1pm at the church. Graveside service will be held immediately at Oak Grove Memorial Gardens on Cheek Road.

Offer Condolence for the family of Edna Olivia Hall Christmas 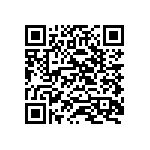