Edna Dinglasan Festin, 66, died on Thursday, December 1, 2011. Edna was born on May 29, 1945 in Batangas, Philippines to Lino and Margarita Ilagan Dinglasan.

Edna was a loving mother and friend to anyone that she had the opportunity to come in contact with. Edna worked for the John R. McAdams Company for many years and was a member of Holy Infant Catholic Church in Durham, NC. Edna immigrated to Canada in 1974 and moved to the Raleigh Durham area in 1987. Edna loved volunteering with the North Carolina Symphony. Edna was an avid reader and also loved spending time working in her garden. She was a loving woman that would do anything to put a smile on the faces of her family and friends.

Offer Condolence for the family of Edna Dinglasan Festin 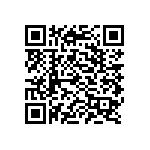