DURHAM—Edna Carpenter Baker, 94, died Sunday, April 10, 2011, in Charlotte, NC. She was born June 6, 1916, to Willis Thomas and Mary Jessie Rigsbee Carpenter. Her Durham roots run deep. Among her ancestors were Jesse Rigsby who was in the American Revolution, Mary Vickers and Jesse Rigsbee who were the oldest generation buried in the Rigsbee family cemetery on the Duke University campus, John Vernon Rigsbee who was the only Republican sheriff for Durham County, and Duane Carpenter who was a guard at the Salisbury Prison Camp during the War Between the States.
Edna graduated from Durham High School and from Woman’s College of the University of North Carolina now UNCG. She was then Recorder for the Graduate School for Duke University for 6 years.
In 1937, Edna married Rudolph Jackson Baker who died in 1994. They enjoyed living on West Club Blvd for more than 50 years and traveling to all 50 states, to all continents except Antarctica, and to the islands of Cuba on their honeymoon, Key West, Ocracoke, Hawaiian Islands, New Zealand, Fiji, Pago Pago, Capri, Prince Edward Island, Washington Island in Wisconsin, Puerto Rico, Saint Thomas, Saint John, Bermuda, and Baranof Island in Alaska. In 1995 Edna moved to Croasdaile Apartments, and in 2007 she moved to Charlotte.
She was an active, lifelong member of the First Baptist Church having been baptized in the “old church on Mangum Street at Rigsbee Avenue and Holloway Street”. Edna was also active in Daughters of the American Revolution, Daughters of the Confederacy, Woman’s College Alumni Association, PTA’s, Garden Club, and Auxiliary of Postal Supervisors.
Edna is survived by her son, chemical engineer Jack Rudolph Baker of Charlotte, her daughter, Dr. Betty Reiter and husband Dr. Harold Reiter of Charlotte, granddaughter Dr. Ashley Reiter Ahlin and husband Dr. Chris Ahlin, and grandchildren John, Peter Rigsbee, and Elizabeth Ahlin, all of East Lansing, Michigan. She was predeceased by her brother Willis T. Carpenter, Jr.
At her request, burial was held at Maplewood Cemetery. A family service will be held at a later date.
Arrangements by Hall-Wynne Funeral Service.

Offer Condolence for the family of Edna Carpenter Baker 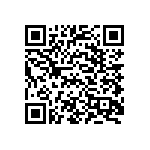