Edna was born in Prospect Hill, NC to parents Robert and Mildred Squires Blalock. She had a joyful childhood growing up on the tobacco farm surrounded by her family and cousins. A hard worker, she was valedictorian of her high school graduating class in 1956. She later graduated from King’s College in Greensboro and spent 3 years working at Western Electric in Burlington, NC where she met her husband Donald. They moved to Durham, NC and then Bahama, NC where she worked in administration at the Dept. of Ophthalmology at Duke Hospital, Gentelco Credit Union and finally at Carrington Junior High/Middle School where she retired in 2000. Edna was also a skilled seamstress and managed tailor work on the side while raising her three boys. She was the living embodiment of a Proverbs 31 woman.

Edna was a loving wife, mother, grandmother, sister, aunt and cousin. She is survived by her husband of 49 years, Donald F. Burgin and sons Douglas Burgin (Meg) of Apex, Jason Burgin (Sara) of Raleigh and Benjamin Burgin (Karen) of Durham. She is survived by 10 grandchildren, Luke, Olivia and Aven Burgin of Apex, Jenna, Ethan, Drew and Gavin Burgin of Raleigh and Ryland, Dalton and Kailyn Burgin of Durham. She is also survived by two brothers, Julian Blalock (Barbara) of Sophia and Lloyd Blalock (Elsie) of Prospect Hill, as well as numerous cousins, nieces and nephews. She is preceded in death by her parents, Robert and Mildred Blalock, two brothers, Marvin Blaylock and Ernest Blalock and her sister, Irene Blalock Lunsford.

The family will receive visitors on Wednesday, March 23 from 5-7pm at Hall-Wynne Funeral Home in Durham. A graveside service will follow at 11am on Thursday, March 24 at the Blalock family cemetery at 846 John Oakley Road in Prospect Hill, NC.

Offer Condolence for the family of Edna Carol Blalock Burgin 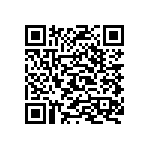