OXFORD:
Edith Wilkerson Currin, age 92 died peacefully on September 1, 2013. She was the wife of the late William Frank Currin and the daughter of Melvin and Kate Wilkerson of Sims, NC.
She was a 1944 graduate of East Carolina University with an AB degree in Home Economics and Social Studies. After teaching in Sanford, NC for one year, she came to Oxford and taught Home Economics for five years. In1962, she attended UNC-Chapel Hill where she received her Elementary Education degree. She then taught 4th grade and retired in 1977 after 20 years in education.
She was an educator, a loving mother, a devoted wife and a homemaker. She was an active member of Hester Baptist Church where she served as Adult Sunday School Superintendent, taught Adult Sunday School Class and was active in Women’s WMU, serving two terms as president.
She enjoyed participating in various community actives. She served as president of the Oxford Woman’s Club from 1988-1990. She received the Outstanding Woman’s Club award in 1991, the Jaycee Woman of the Year and was the Oxford Business and Professional Club Woman of the Year in 1933. She was a Charter Member of the Pickwick Papers Literary Club and a member of the Beta Phi Chapter of Delta Kappa Gamma International Teacher’s Fraternity.
She was preceded in death by her husband of 44 years, her mother and father and five of her siblings. She is survived by her son, Michael Currin, and wife Lauren of Oxford, a grandson Daniel Currin and wife Missy and great-grandson Monty and great-grand daughter Katie all of Raleigh. A granddaughter Casey Reagan and husband Wen of Durham. A daughter Susan Lankenau and husband Harry and a grandson Will Lankenau all of Charlottesville, Va.
Funeral services will be held at Hester Baptist Church on Hwy 96 North at 11:00 AM on Wednesday, September 4, 2013. The family will receive friends in the fellowship hall immediately following the service during a luncheon by the women of Hester Baptist Church. There will be a private family burial at Elmwood Cemetery.
In lieu of flowers, the family request that memorials be made to the Frank Currin memorial Scholarship Fund of Hester Baptist Church, P. O. Box 964, Oxford, NC 27565 or the Granville County Historical Society Museum, P. O. Box 1433, Oxford, NC 27565.
The family will receive friends at the Gentry-Newell & Vaughan Funeral Home at 503 College St. Oxford, NC on Tuesday, September 3, 2013 from 7:00 until 8:30 PM.

Offer Condolence for the family of Edith Wilkerson Currin 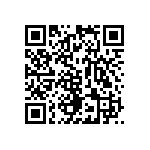