Edith “Tabbie” Wall Ross, age 84, resident of Franklinton, died Monday, September 27, 2010. She was a native of Wake County and was the daughter of the late Jessie James Wall and Margaret Beddingfield Wall. Mrs. Ross was a member of Union View Baptist Church and worked in textiles. She was preceded in death by her husband, James Albert Ross, Sr.
Funeral services will be conducted Wednesday, September 29, 2010 at 2:00 P.M. in the Chapel of Hall Wynne Funeral Home Franklinton by Rev. Clyde Waiden. Burial will be in Fairview Cemetery.
Surviving are four daughters, Rachel Layton of Franklinton, Rose Engelhardt Jeff of Franklinton, Barbara Phillips of Garland, TX and Ann O’Neal Mickey of Youngsville; one son, James “Buddy” Albert Ross, Jr. Elaine of Franklinton; one brother, Ray Wall of Wake Forest; two sisters, Janice Phelps and Wyvette Hayes, both of Franklinton; eleven grandchildren and eleven great-grandchildren. She is preceded in death by a brother, Bernice Wall and a sister, Ruth Hayes.
The family will receive friends Tuesday night from 7:00 until 8:30 P.M. at Hall Wynne Funeral Home Franklinton. At other times they will be at the home.
For online condolences go to www.hallwynne.com and select obituaries. The family is under the care of Hall Wynne Funeral Home Franklinton.

Offer Condolence for the family of Edith Tabbie Ross 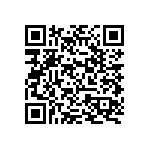