Edith Gail Dement, 64, passed away at her home of a heart attack in Albuquerque, New Mexico on April 19, 2015.
She was educated at Oxford City Schools, Louisburg College, and received and Associates in Applied Science in Computing Technology at Albuquerque Technical Institute. In 2013 she retired from the State of New Mexico as head of the Mental Health Department.
She is survived by her parents William and Florine Dement of Oxford, NC; two aunts, Barbara McGhinnis and her husband Dennis of Henderson, NC and Kay Kittrell of Henderson, NC; an uncle, Dr. John Kittrell and his wife Anne of Miami, FL; and several cousins.
A memorial service will be held Saturday, May 16, 2015 at 11:00 am at the Oxford United Methodist Church with a visitation following in the fellowship hall.
A private burial will be held on Thursday, May 14, 2015.
In lieu of flowers, memorial contributions may be made to the Oxford United Methodist Church.
Gentry-Newell & Vaughan Funeral Home is serving Dement family.

Offer Condolence for the family of Edith Gail Dement 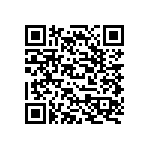