OXFORD:
Edith Nonie Frazier Tuck, died Wednesday August 28, 2013. Edith was a native of Person Co. and was the daughter of the late George Bunyan and Nonie Edith Burchette Ashley. She was the widow of the late Roy Reynolds Frazier and the late James Floyd Tuck. She was a home maker, member of Amis Chapel Baptist Church where she was a member of the WMU, the choir, a deacon, church custodian and Sunday School teacher. She also graduated from Oxford High School and the Fuller Business School.
Funeral services will be conducted Saturday August 31, 2013 at 11:00 AM at Amis Chapel Baptist Church by Rev. Terry Howard. Burial will be in the church cemetery.
Surviving are, daughter, Betsy F. Hart Bruce of Kittrell; son, Franklin FrazierSherri of Oxford; step-daughter Joyce OakleyArnold of Roxboro; step-son, Ronnie TuckShortie of Oxford; sister, Esther Mae OgleDavid of Roxboro; sister-in-law, Janet Stenson and Frances Griffith both of Fla. and Gerald Rene Frazier of Oxford; brother-in-law, Clifton Tuck of Fla.; grandchildren, Daniel Hart, Joseph Hart, Mitchell Frazier and Chad Frazier; numerous step-great grandchildren. She was preceded in death by a daughter, Carol Frazier Hudson.
The family will receive friends Friday night from 7:00 until 8:30 at the Gentry-Newell & Vaughan Funeral Home in Oxford. At other times they will be at the home of Betsy and Bruce Hart.
Flowers are accepted or memorials may be made to Amis Chapel Baptist Church, c/o Gerald Rene Frazier 9189 Amis Chapel Rd. Oxford 27565.
The Tuck family is under the care of Gentry-Newell & Vaughan Funeral Home. Online memorials at www.hallwynne.com select obituaries.

Offer Condolence for the family of Edith Frazier Tuck 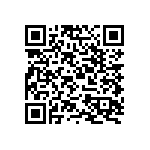