Edgar Truman “Bill” Shulby, age 90, originally of Norristown, PA, passed away Monday, January 23 at home in Durham, NC. He is survived by his beloved wife of 66 years, Kathleen “Kass” O’Donnell Shulby.  Bill and Kass had moved to Durham from Pinehurst, NC only 15 months earlier to be close to their daughter, Gail.

Bill served in both the US Navy and the US Army. Bill was in the Army when he met Kass. They were married in Yeadon, PA and raised their two children in Newtown Square, PA but later moved to Baton Rouge, LA, Anchorage, AK and Daphne, AL. Bill studied civil engineering at Drexel University in Philadelphia while raising his family. He enjoyed a successful career in procurement with Merck & Co. and Alyeska Pipeline Service Company.  His greatest joys included Sunday drives in the country with Kass, playing tennis, planting and growing trees, and walking their dogs, Heidi, Kristi, Rusty and Dodie.

Bill’s love for Kass and his dedication to his family were unsurpassed. Bill took seriously the motto “Duty, Honor, Country” that he learned while at West Point. He found time to serve as assistant scoutmaster for his son’s Boy Scout troop, attend his daughter’s swim meets and, later, diligently cared for Kass while she recuperated from joint replacement surgeries. Perhaps his longevity was at least in part due to his enjoyment of Kass’ homemade shoo-fly pie!

He will be deeply missed.

Bill is survived by Kass and his two children, Gail and Bill (Nancy) and four beautiful grandchildren; Megan, Kari, Michael and Valerie. The family would also like to extend its gratitude and affection to his special caregiver, Mo, and the other care providers at Atria Southpoint Walk in Durham, NC. They were truly a blessing.

The funeral Mass will be held at Saint Thomas More Roman Catholic Church in Chapel Hill, NC at 10:00 AM on Wednesday, February 1st. Inurnment will take place at Saint Thomas Moore following Mass.  In lieu of flowers, contributions may be made to the Parkinson’s Disease Foundation.

Offer Condolence for the family of Edgar Truman Shulby 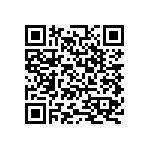