Mr. Barbee was born October 11, 1953 and is from Chapel Hill. He loved Golf, his community, and his family. Steve was well known for being a handyman.

Steve is survived by his wife Doris Barbee, his mother Ruby Estelle Barbee, his daughter Stephanie Mueller and her husband Jason, his sister Melba Barbee, and his two grandchildren Jaxson Mueller and Reagan Mueller. He was preceded in death by his father Earnest Paul Barbee.

Visitation will be held Wednesday, March 30 from 6:00 – 8:00 pm at Hall Wynne Funeral Service, Pittsboro, NC. The Funeral will be held 1:00 pm, Thursday, March 31, at Merritts United Methodist Church, followed by interment at Westwood Cemetery. Pastor Danny Creech will be conducting the service.

Online condolences may be made at www.hallwynne.com Select obituaries.

Offer Condolence for the family of Earnest Steve Barbee 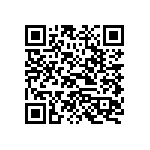