Earl Woodson Mays, age 83, of 5019 Autumn Drive died Saturday at home following an extended illness. A native of Lebanon, KY, he was the son of William and Zelma Guthrie Mays. He proudly served his country in the Air Force during WW II, where he was a radio operator. Mr. Mays received several medals of Honor for his distinguished service, including the many months he was missing in action
Mr. Mays began working for American Tobacco Co. in Louisville and was transferred to Durham in 1970; he retired as a purchasing agent after 39 years.
Earl was a ham radio operator and involved in the Coastal Emergency Net where he held the call letters of K4FOX. He was a parishioner of Immaculate Conception Catholic Church.
Earl enjoyed many winter seasons in Florida, where he reveled in warm weather and visiting company. A man of dignity and gentleness, Earl Mays had a delightful sense of humor, a characteristic laugh, and a face that would

Offer Condolence for the family of Earl W. Mays 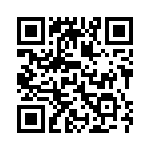