Earl lived life to the fullest and was known for many accomplishments. Mr. Latta was a veteran of World War II who proudly served his country in the US Army from 1942-1945. He was the owner and operator of Earl J. Latta Grading Company for 49 years. Earl also loved to travel and was very fond of Alaska. He enjoyed fishing and spending time with his family.

The family would also like to extend our sincere appreciation to his primary caregiver, Mr. Allen Coard. For the past 3 ½ years he has given our dad loving care and enabled him to stay at home which is truly the place he was happiest.

The family will receive guests one hour prior to the service from 10 AM to 11 AM.

Offer Condolence for the family of Earl Joker Jones Latta 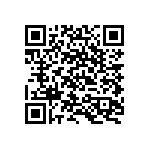