Earl Clinton Carpenter, 82, died in Durham, North Carolina on Thursday, 20 September 2018. Earl was born in Los Angeles, California on 27 June 1936, the child of Illinois native Allen Lauflin Lane and Michigan native Beatrice Marie Church. He had ten half-siblings from their previous marriages. Because of dire family circumstances, Earl was placed in foster care at the age of 18 months yet was adopted within a year by Missouri native Clinton DeWitt Carpenter and Minnesota native Marie Cozette Carpenter, née Regan.

Earl thrived with his new family and during childhood lived in the Los Angeles suburbs of South Gate, Downey, and Huntington Park. As the son of an auto mechanic, he became adept at working with various hand tools. Earl was a member of the 1954 Huntington Park High School graduating class, joined the U.S. Naval Reserve before graduation, and became U.S. Navy active duty in 1955 as a sonar specialist. During his four-year tour he served aboard the destroyer escort USS William F. Seiverling (DE-441) then transferred in 1957 to the destroyer USS Rupertus (DD-851) as both vessels plied Pacific waters.

During shore leave in 1956 while visiting his parents in Laguna Beach, Earl met the love of his life: Beverly Ann Old, an order clerk at Southern Counties Gas Company whose parents lived in the same community. Earl and Beverly wed at Saint James Episcopal Church in Laguna on 9 March 1957. They lived in Orange County for 14 years, including residences in South Laguna, Dana Point, and San Clemente before returning to Laguna Beach. Earl with family returned in 1971 to Los Angeles County, thus beginning a 33-year residence in Torrance. In retirement they wanted to be closer to their children and grandchildren so they made their final move in 2004 to Durham. They celebrated their 58th wedding anniversary before Earl became a widower in March 2015.

Upon completion of his military service, Earl first worked for his father-in-law’s ornamental iron and sheet metal works in Laguna Beach. He became a police officer for the City of Laguna Beach in 1965, later specializing in motorcycle patrol. Earl completed studies at Orange Coast College, where in 1970 he received an A.A. in Police Science. After medical retirement in 1971, he became a commercial and residential security specialist to various organizations, including a period in the 1980s where he was an owner of an alarm systems installation business. He retired in 2001 after three decades of security consultancy.

Throughout his adulthood Earl was a protector of family and community. When out in public, he would often strike up conversations with strangers. His love of fishing from a young age was a constant. His favorite spectator sport was baseball, demonstrated by his participation as Little League president and regular attendance with wife Beverly, who were avid fans of the Los Angeles Dodgers and later the Durham Bulls. Earl has been aptly described by those who knew him well as a “gentle giant”. Recent testimony to that sentiment, despite enduring myriad health issues during his final years, was every medical and health professional he encountered would share their fondness for the man.

A family graveside service will be conducted at Chapel Hill Memorial Cemetery on 25 September at 10:00 AM for family and close friends.

In lieu of flowers, memorial contributions in Earl’s name may be made to the Alzheimer’s Association at www.alz.org.

Offer Condolence for the family of Earl Clinton Carpenter 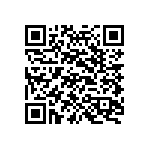