Durham native and long-time Duke Urologist, Dr. Edward Everett Anderson, passed away in his home peacefully with his three daughters by his side on Tuesday, March 26, 2019. Everett was born May 10, 1932 in Duke University Medical Center to Dr. William Banks Anderson, Sr. and Mildred Everett Anderson.

As a young man Everett attended Philip’s Academy, the prestigious New England men’s preparatory school in Andover, Massachusetts. He picked up his first lacrosse stick in his junior year, instantly taking to the game and eventually going on to earn All New England honors in men’s lacrosse while graduating in 1951. Wishing to follow in his father’s footsteps as a physician, Everett enrolled in Duke University, returning to his beloved home of Durham, where he would enjoy the company of his parents, two brothers and large extended family who have lived in the area since the early 1800’s.

Everett was a dual sport athlete in Football and Lacrosse while pursuing his undergraduate degree at Duke. He was best known for his physical style of play on the lacrosse field, earning First Team All American honors in Men’s Varsity Lacrosse his junior year at Duke in 1954. Everett was a feared defenseman on the Lacrosse field, afraid of no one, and has been honored with his name enshrined in Cameron Indoor Stadium alongside other Duke lacrosse legends commemorating his contribution to Duke Athletics.  He was later recognized as one of the top 100 athletes of the Atlantic Coast Conference, sharing the list with the likes of another North Carolina legend, Michael Jordan.

Everett was certified by the American Board of Urology in 1969. He served as the acting Chief of Urology at Duke on two separate occasions between 1972 and 1980, after learning from his mentor and long-time friend, Dr. Jim Glenn. He retired from surgery at age 70 in 2004, then worked as a urology professor and consultant at the Durham VA Hospital. During his career, Everett held distinguished membership in more than 35 honorary and professional societies. He also proudly served in the United States Army for over 10 years, retiring as a Lieutenant Colonel.

Everett had an infectious love for Urology and the art of surgery. He served as a father figure and mentor to generations of Urology residents and countless medical students with his teachings becoming the modern curriculum of Urology as we know it today. Everett’s patients were his highest priority, best illustrated by his open-door policy, offering of home phone number and unlimited access whenever he was needed. His commitment to medicine coupled with his good sense of humor will forever define his approach to patient care.

Everett Anderson’s love for his patients and the field of medicine were his life’s purpose. He was a fiercely loyal and loving man who was very supportive of his three daughters. He was the happiest at the beach with his family and friends, deep sea fishing, and watching any Duke sporting event.

Funeral services will be 12:00 PM Monday, April 1st in St. Stephens’s Episcopal Church, Durham. A reception will follow in the parish hall. Burial will be on the Anderson family plot in historic Cross Roads Presbyterian Church Cemetery, Alamance County, NC.

Memorial gifts may be made to the E. Everett Anderson Education Fund, supporting the educational needs of Duke’s Urology Residency program. To donate: www.medschool.duke.edu/about-us/giving/department-division-giving (scroll to Dept. of Surgery) or Duke Urology, Box 3707 DUMC, Durham, 27710. Arrangements are with Hall-Wynne Funeral Service.

Offer Condolence for the family of E. Everett Anderson, M.D. 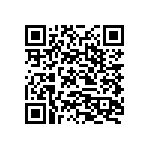