Dustin Rodney Dawson, 24, of 201 Bogue Inlet Drive Emerald Isle, NC died Friday, February 5, 2010. He was a native of Moore County, born on March 21, 1985. Dustin worked with his father at his convenience store in Emerald Isle.

Funeral Services will be held at 2pm Monday, February 8, 2010 at Bynum United Methodist Church, Bynum, NC, conducted by Rev. Jeff Babajtis. Burial will be at the church cemetery.

The family will receive friends at Hall-Wynne Griffin Chapel from 6:00-8:00 pm Sunday.

Online condolences may be made at www.hallwynne.com Select “Obituaries”. Arrangements are under the care of Hall-Wynne Funeral Service, Griffin Chapel in Pittsboro, NC.

Offer Condolence for the family of Dustin Rodney Dawson 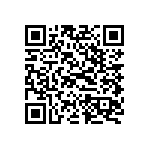