He is a retired Senior Professor of Theatre at North Carolina Central University, where he chaired the department for seven years and taught for forty. Ranny has a B.A. from UNC-Chapel Hill in Dramatic Art, English and British History; an M.A. from UNC-CH in Dramatic Art; and a Ph.D. from Tulane University in Theatre Literature and Criticism.

In 1998, he co-founded with Benjamin Keaton, Long Leaf Opera, a professional opera company dedicated to the production of opera written originally in English.

Ranny was an active member of St. Philip’s Episcopal Church in downtown Durham.

He is survived by his mother, Buena Umberger of Wytheville, VA; his life mate, Benjamin F. Keaton of Chapel Hill, NC; his sister, Sharon Minetree and husband, Charles, of Baltimore, MD; and three nephews, Richard, Christopher and Joshua.

A Requiem Eucharist will be celebrated at 6:00 PM Tuesday, November 1, 2011 from St. Philip’s Episcopal Church with the Reverend M. Jonah Kendall presiding.

Arrangements for the Umberger family are under the care of Hall-Wynne Funeral Service in Durham. 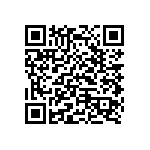