Dr. Steven Vogel, 75, of Croasdaile Village, Durham, died Tuesday, November 24, 2015.
He was born in Beacon, New York, the son of Max and Jeanette Rachel Vogel, on April 7, 1940 and was educated in the Beacon public schools and at Oakwood Friends School, Poughkeepsie. After receiving a Bachelor’s degree at Tufts University, he earned Master’s and Doctoral degrees in Biology, at Harvard. At the latter he was, successively, a Graduate Fellow of the National Science Foundation and a Junior Fellow of Harvard College.
Almost all of his professional career was spent in Zoology and then Biology at Duke University, arriving in 1966 as Assistant Professor, and achieving emeritus status forty years later as James B. Duke Professor. For periods during several summers he served as visiting faculty at the Marine Biological Laboratory, Woods Hole (MA), the Friday Harbor Laboratory of the University of Washington, and the Tjarno Laboratory (Sweden). He spent short periods as visiting professor at Ben Gurion University (Israel) and the Raman Institute (India).
At Duke he taught various courses in Biology and Liberal Studies, conducted research that resulted in many journal articles, and began writing books that, at least in North America, defined the field of comparative biomechanics. His experimental work involved an unusually wide of systems, beginning with the aerodynamics of tiny insects, ending with a biomimetic ventilation system, and including algae, a ballistic fungus, sponges, squid, and prairie dogs. In addition, he engaged in a range of academic and near-academic activities, sponsoring both graduate and undergraduate students, reviewing papers for ninety journals, writing for popular magazines, and serving as source of material or consultant for about ten science museums.
For his teaching, his science, and his books he received, in particular, the Trinity College Distinguished Teaching Award, the annual national award of the Association of Graduate Liberal Studies, and the Irving and Jean Stone Prize for Science Writing for Public Understanding, as well as selection for listing in Who’s Who in America.
Dr. Vogel’s main professional legacy are his ten books, which have expanded the domain of his field, the way organisms, including ourselves, contend with their mechanical worlds. These range from works for a scientifically-literate readership to two textbooks, both now in second editions. Vital Circuits looks at circulatory systems; Prime Mover at muscle and muscle-driven systems; Cat’s Paws and Catapults compares the mechanical technologies of the rest of nature with that of humans. Life in Moving Fluids and Comparative Biomechanics provide textbooks for upper-level courses, with the eponymous latter in particularly wide use. A book exploring the connection between the biomechanics of muscle and human history is currently in press.
He is survived by his wife, Jane G. Vogel; a sister, Marjorie Dosik, (of St. Petersburg, FL); a son and daughter-in-law, Roger and Frances Vogel; and three grandchildren, Booth, Avery, and Flora Vogel, all living I Tucker, GA.
Online condolences www.hallwynne.com.

Offer Condolence for the family of Dr. Steven Vogel 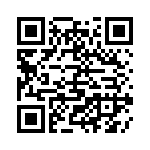