CHAPEL HILL: Dr. Sidney Weinstein, 88, died at home Monday following an extended illness. A New York City native, he was one of 11 children. Dr. Weinstein graduated from the prestigious Townsend Harris High School. He was a graduate of the City University of New York and received his Masters and Ph.D. degrees in neuropsychology from New York University. Dr. Weinstein’s academic career as professor began at NYU Medical School, and spanned Albert Einstein College of Medicine and New York Medical College. He had over 150 publications to his credit in the fields of brain injury, skin sensitivity and the relationships between brain injury and cognitive function, though most significantly in the areas of phantom pain and phantom sensation.
Dr. Weinstein proudly served his country in the U.S. Army in the South Pacific during WW II for 3 years, mainly in New Guinea and the Philippines.
Dr. Weinstein was the Editor-in-Chief of the Int’l Journal of Neuroscience for over 35 years. He was an extraordinary sculptor, a gifted writer and a devotee of Japanese style poetry. Dr. Weinstein was a Chapel Hill resident for the last 11 years. Sidney Weinstein will be remembered for his love of life, fertile mind and ability to relate to people from all walks of life.
Funeral services will be 10:00 AM Wednesday in the Chapel of Hall-Wynne Funeral Service. Burial will follow in Sandhills Veterans Cemetery. The family will observe Shiva at the residence following the burial.
Surviving are his wife, Margaret D. Weinstein; his children, Curt David Weinstein of Bronx, NY, Karen Ann Ursitti of Danbury, CT, Laura Diane Knight of New Windsor, NJ, Ethan Jeremy Weinstein of Sandy Hook, CT and Ari Joshua Weinstein in Quito, Ecuador; grandchildren, Alexandra and Jonathon Weinstein, Ariel and Rachel Ursitti, and Benjamin and Zachary Knight; and siblings, Harold and Irving Weinstein and Elaine Dunetz.
Donations may be made to the Hadassah Medical Organization, www.hadassah.org.il; the Simon Wiesenthal Center, www.wiesenthal.com or the Nat’l Alliance on Mental Illness, www.nami.org. On-line condolences: hallwynne.com.

Offer Condolence for the family of Dr. Sidney Weinstein 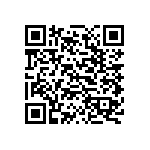